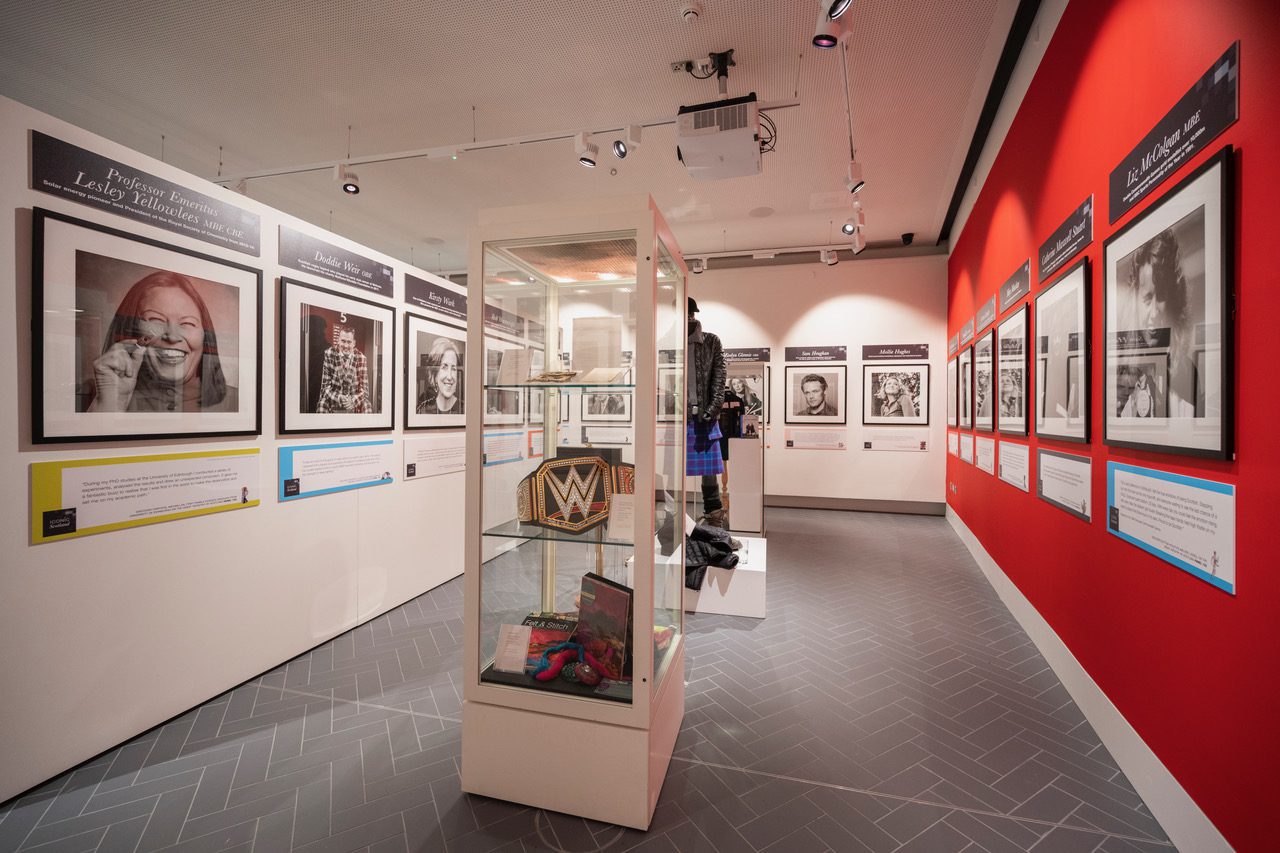 The latest addition to Scotland’s national cultural scene, The Great Tapestry of Scotland, was welcomed by actor, author, and entrepreneur Sam Heughan. The Outlander star has contributed a photo, a quote, a bottle of the Sassenach Whisky and a signed copy of his Clanlands book to the centre’s opening Iconic Scotland exhibit in Gallery 1420.

He tweeted: “Please check out the wonderful Great Tapestry of Scotland – honoured to feature alongside so many great Scottish personalities that have influenced Scotland. It’s a country and culture I’m proud of and continue to promote in everything I do.”

Iconic Scotland is the first in a series of visiting exhibits housed alongside The Great Tapestry of Scotland, in its new purpose built visitor centre in Galashiels, the Scottish Borders. It continues the Tapestry’s wonderful storytelling and showcases some of the country’s greatest achievements through a series of words and images. It also features a number of artefacts including a kilt created by Howie Nicholsby of 21st Century Kilts using an exclusive Great Tapestry of Scotland Tartan designed by Lochcarron of Scotland.

Speaking of her involvement actress Joanna Lumley said: “I am delighted to feature in the Iconic Scotland exhibit to help inspire and uplift people following such a tough year.

“The Great Tapestry of Scotland is all about telling the people’s story of Scotland, so it seems only apt that my contribution to their opening exhibit showcases how inspired I was when I visited the childhood home of one of Scotland’s best loved authors, JM Barrie. I get goose bumps every time I visit!”

Jill Douglas, national sports broadcaster and CEO of the MY Name’5 Doddie Foundation added: “It’s fantastic to see the latest addition to Scotland’s cultural scene celebrate some of our sporting greats through the Tapestry itself and the Iconic Scotland exhibit. It’s a privilege to feature alongside them and share the drama and excitement of one of my most memorable moments, being trackside when Sir Chris Hoy won his first Olympic gold medal.”

“I’m particularly thrilled to see that the new exhibit features Doddie Weir. He was an outstanding rugby player and is now facing one his greatest challenges. After being diagnosed with motor neuron disease, he has worked tirelessly to raise awareness of this devastating disease through his charity, My Name’5 Doddie Foundation. A remarkable individual, Doddie deserves to be included among Scotland’s greats.”

A number of those appearing in the exhibit originate from the Scottish Borders, where The Great Tapestry of Scotland is now permanently based, including multi award winning theatre actor, best known for his role as Rupert Mackenzie in Outlander, Grant O’Rourke.

Speaking about the significance of the new visitor centre to the area he said: “It makes me immensely proud that the people’s story of Scotland is being told in my hometown in this way. The spirit of the Borders and our whole nation is forged in our stories. Having a national cultural resource like this in Galashiels is a great way of connecting the people of the Borders to Scottish culture and hopefully connecting the people of Scotland (and further) to the Borders.”actor