We will present exhibitions of Scottish and International art, craft and design throughout the year in Gallery 1420. Our exhibits are supported by a lively and innovative programme of activities to inspire local, national and international visitors, and to continue The Great Tapestry of Scotland’s compelling storytelling.

These two tapestries tell the life story of Julie Cope a fictional character created by Grayson Perry – an Essex everywoman whose story he has told through the two tapestries and extended ballad presented in the exhibition. The Essex House Tapestries: The Life of Julie Cope (2015) illustrate the key events in the heroine’s journey from her birth during the Canvey Island floods of 1953 to her untimely death in a tragic accident on a Colchester street. Rich in cultural and architectural details, the tapestries contain a social history of Essex and modern Britain that everyone can relate to.

The first one, titled In its Familiarity Golden, portrays Julie’s early years from birth to marriage. Her later years, second marriage and death in a motorbike accident are depicted in A Perfect Match.

The tapestries were created for a house in Essex designed by Perry for the Living Architecture project.

Grayson Perry trained as an artist at Portsmouth Polytechnic and became known for his large ceramic pots covered in irreverent texts and drawings. He won the Turner Prize in 2003 and became a Royal Academician in 2011. 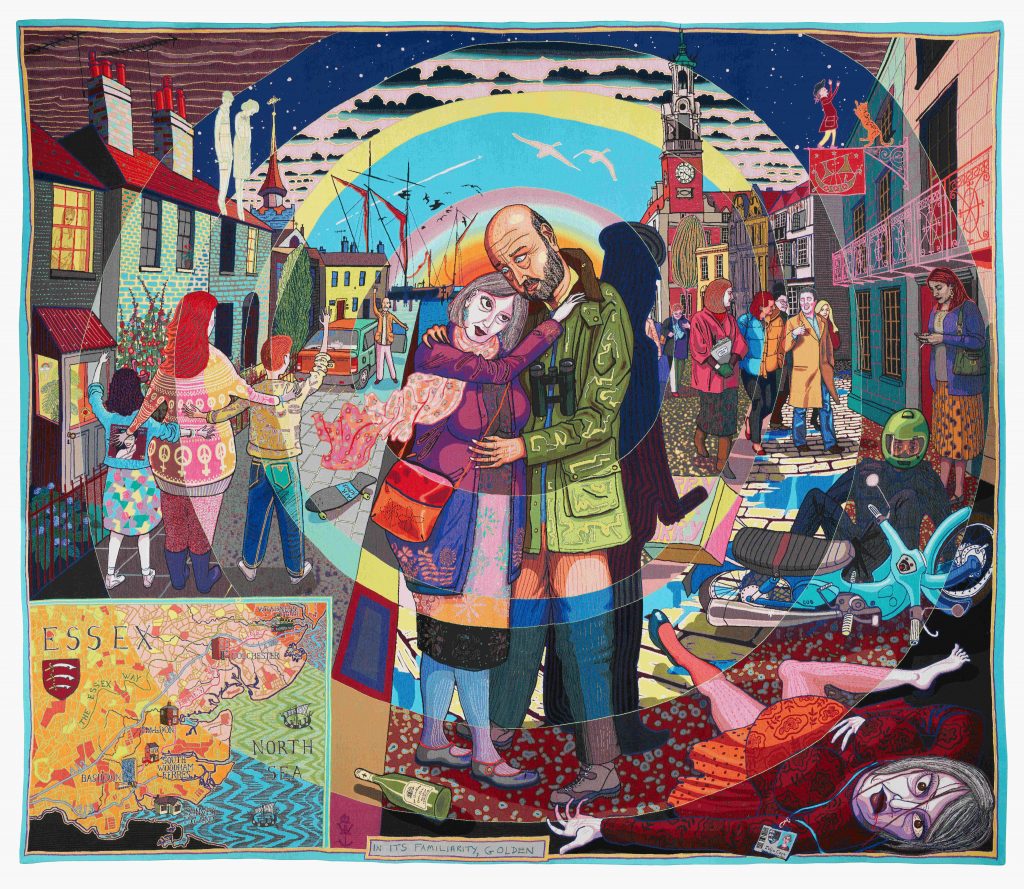 People are such a big part of Scotland’s story. It is the people of Scotland, their achievements and their warmth that puts our country on the map. Indeed, the Great Tapestry of Scotland is an artwork born from the love of Scottish places, people and stories.

This great love is also at the heart of our opening Iconic Scotland exhibit, which continues the storytelling tradition that Scotland is renowned for the world over and showcases some of the country’s greatest achievements.

It features written and photographic contributions from over 40 iconic, inspiring and pioneering individuals from across Scotland. A number of associated artefacts are also on display including a signed Clanlands book from author and Outlander star Sam Heughan, Drew McIntyre’s WWE Championship belt, an embroidered purse on loan from nearby Traquair House, and a kilt created by 21st Century Kilts Designer Howie Nicholsby using an exclusive Great Tapestry of Scotland fabric designed by Lochcarron of Scotland. 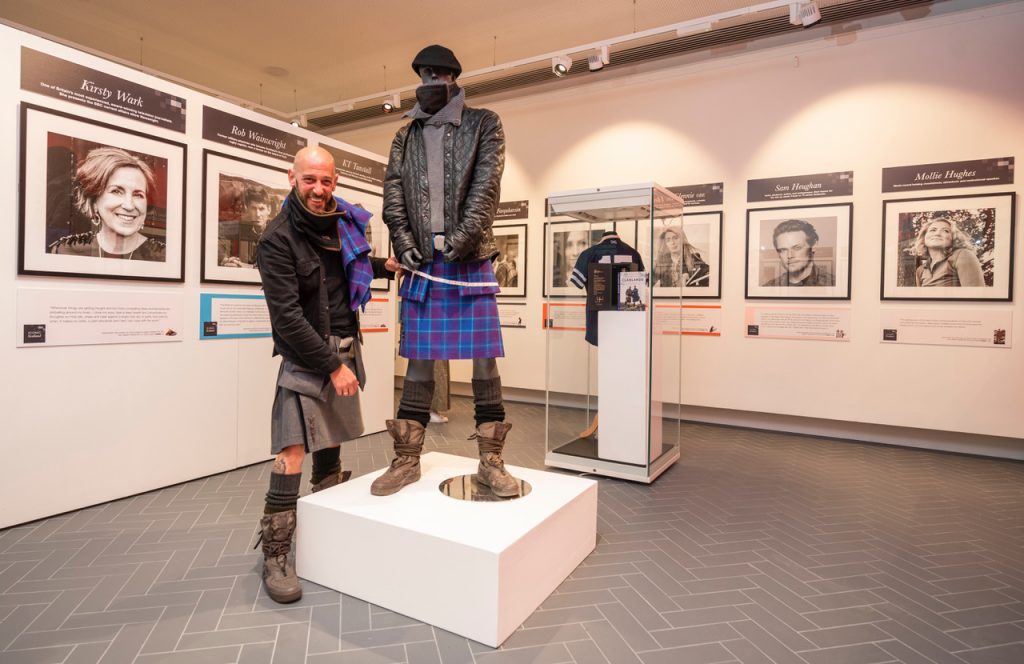