The Making of the Tapestry

It was the world-renowned author Alexander McCall Smith who had the idea for the Great Tapestry of Scotland. Inspired by a visit to the Prestonpans Tapestry, he set to work gathering together a team to bring his vision to life.

First he recruited Andrew Crummy, the artist behind the Prestonpans Tapestry. Andrew had vast experience with large-scale community arts projects. He knew how to achieve the delicate balance between creating an immense artwork with a unified style and giving freedom to individual stitchers to make their own contributions.

Next Alexander asked historian Alistair Moffat to decide which episodes from Scottish history should be included in The Great Tapestry of Scotland.

While he would of course include certain key events and important people (like the Battle of Bannockburn or Sir Walter Scott), it was also important that the tapestry told the everyday stories of Scotland’s people. Alistair suggested including panels reflecting ordinary lives, such as millworkers and herring girls. Now in its new permanent home, The Great Tapestry of Scotland reveals Scottish history and culture as experienced, as well as shaped, by its people.

Finally, it was agreed that the country’s iconic and stunning natural landscape should feature prominently in the Tapestry story. 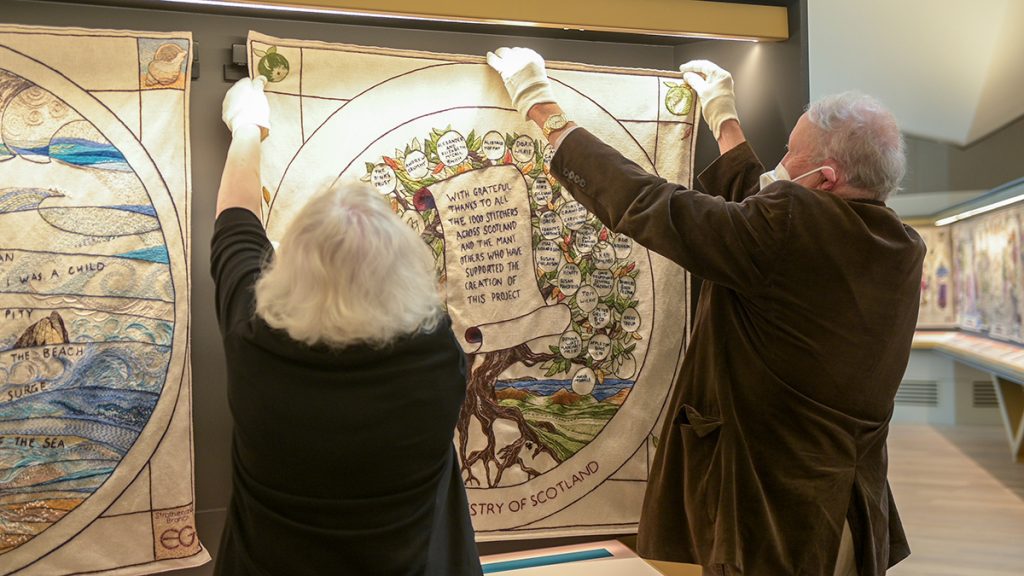